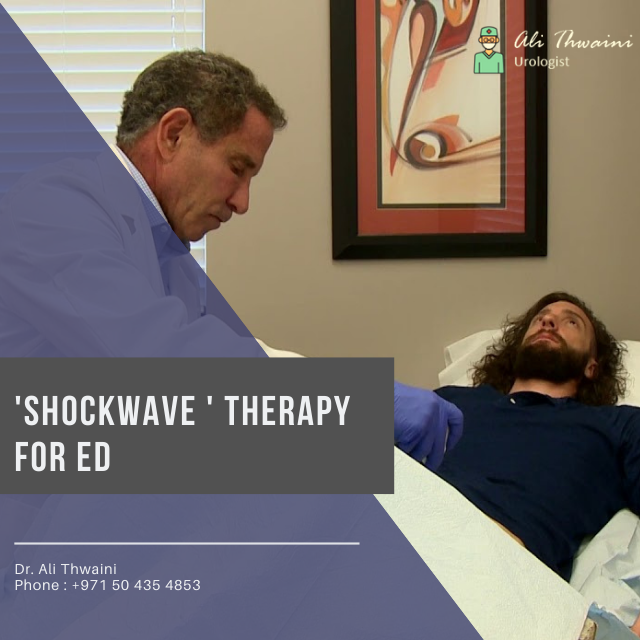 Male sexual dysfunction is an increasing modern life condition with more than 40% of men being affected as age of 40. This is further complicated by the increasing prevalence of metabolic syndrome and the sedentary lifestyle. This has led to ever increasing incidence of atherosclerosis hyperlipidemia and type two diabetes.

In addition to the importance of the emphasis on improving the lifestyle measures and treating a male sexual dysfunction(Mainly in the form of exercise stopping smoking minimizing the alcohol intake and adopting healthy diet), Other medications seem to help Though on a temporary basis.

Recently there has been increasing interest and more permanent and as close to natural as possible solutions for male sexual dysfunction. Below are some of them:

LiESWT:Shockwave therapy was introduced since the early 80s with the first experience being targeted towards kidney stones. However, recently, studies have shown that microtrauma and used by shockwaves would lead to an acute inflammatory reaction of the effect of tissues with the resultant stimulation of the healing process towards normality.

This would theoretically stimulate the growth and development of small blood vessels with the resultant increase blood flow to the affected area. This has been adopted and treatment of cardiovascular diseases and other several musculoskeletal conditions.

Urology, being at the forefront of other specialties, has adopted this method and treating various mail conditions including Peyronie’s disease and Erectile dysfunction.

Although shockwave treatment as monotherapy has now been adopted at the Urology guidelines its results are marginally encouraging With an estimated success rate of around 70%. The treatment is fairly simple considering 2 to 3 weekly attendances is at the clinic with a 15-minute session per visit for up to six weeks and the results are expected between three and six months

Another recently adopted treatment for a variety of medical conditions mainly cosmetic with the principle of using the patients’ own fluids after being purified, keeping the platelets and other essential growth factors and nutrients and possibly Stem Cells, to help regenerating and repairing the damage tissues.

While this method is widely adopted in various clinical conditions, its effectiveness in treating erectile dysfunction is yet to be determined

Whilst there are several animal studies a demonstrating the improvements of the erectile tissue following PRP treatment there are no human trials supporting the above.

There are few but reliable human studies mainly in treating men with erectile dysfunction following radical prostatectomy with the stem cell therapy and the results are very encouraging with more than 80% success in terms of improving erections and penetration until orgasm. However, the number of participants in these trials as very limited.

The aim of injecting the Stem Cells is to direct them into the targeted area with the aim of repairing and regenerating cells and resultant improvement of the function of that organ.

Hence, logically, by combining low intensity ESWT and stem cell therapy at the same time might improve the delivery of the stem cells and the two methods would yield more encouraging results in treating erectile dysfunction.