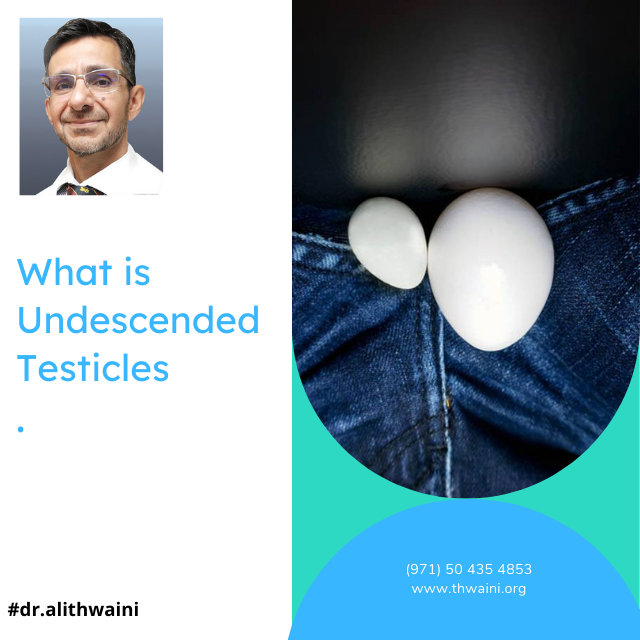 This is a rather common condition and is even more common in premature babies. Around one in 20 male babies is born with an undescended testicle. In about one in 70 cases, the testicle remains undescended when the child’s testicles are not in their usual place in the scrotum. Generally, only one of the testicles is affected, but on rare occasions, both testicles fail to travel to the scrotum.

Towards the end of pregnancy, the testicles travel through a passage into the scrotum. Both testicles should be in the scrotum by the time the child is one year old.

In some children, the testicles may be in the scrotum for much of the time, but cannot be felt there because they naturally rise back into the body through fear or cold temperatures. A parent can usually find this out by putting the child in a warm bath and checking whether they can feel both testicles. If this is the case, there is no cause for concern.

The condition is asymptomatic for the child but the affected side cannot be felt in the scrotum. The child will not be in pain, and the undescended testicles will not interfere with any bodily function.

However, if one of the testicles becomes twisted (testicular torsion), this will be painful, either in the groin area or the abdomen, depending on the location of the testicle at the time.

The mainstay of the diagnosis is by clinical examination, preferably in a warm environment in order to relax the scrofulous and allow maximum change to have a proper clinical assessment.

On rare occasions, the testicle does not descend due to other problems with the testicles themselves or with the male hormones. We do not know exactly why this happens, but it is not due to anything that happened.

The method of treatment depends on the suspected cause. If the doctors suspect the testicles have not descended due to a hormone problem, they may suggest a short course of a hormone called human chorionic gonadotrophin (hCG). This is more likely to be suspected if neither testicle has descended.

If the doctor does not suspect a hormone problem, or if the testicles remain in the abdomen after the hormone treatment, the child will need a short operation under a general anesthetic called an orchidopexy.

Undescended testicles are best treated in early childhood, usually just before or around one year of age. The child’s testicles will need treatment as they do not seem to mature properly if left in the abdomen.

The amount of sperm and fertility levels seem lower in men who have had undescended testicles, and even lower if they were not treated early in childhood. This is because the testicles need to be a few degrees cooler than the rest of the body to produce sperm.

What is an orchidopexy?

This is an operation to bring the testicles down from the abdomen to their usual place in the scrotum. This is a short operation under general anaesthetic, lasting about 45 minutes. Sometimes the operation needs to be done in two stages about six months apart.

In many cases, this can be as day surgery – the child will arrive at the hospital, have the operation and be able to go on the same day. Occasionally, a child will need to stay in hospital overnight.